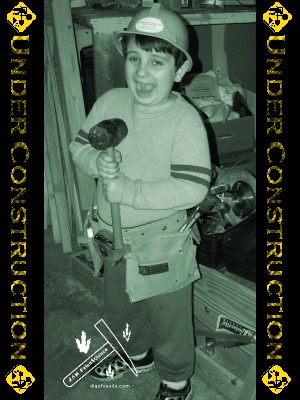 The ground is frozen in the North East Coast. I can't break through. 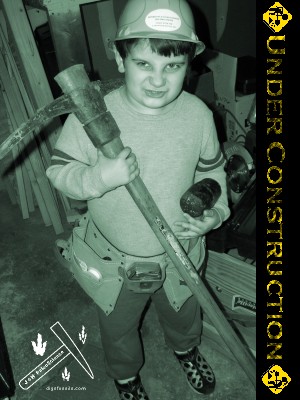 How were they formed?
How and why were the footprints of dinosaurs from the Eastern North America preserved?  Fortunately during the separation of the tectonic plates that made up the large continent Pangea (or Pangaea), the Appalachian mountain range provided the rock and sediments that filled in this rift basin.  This action caused the formation of large mudflats that continued to accumulate sediments, throughout the Triassic and early Jurassic period, and formed what is called the Newark basin.  Over 30 million years of accumulating sediments (and basalt layers) formed this basin which can exceed more than 7 kilometers in certain areas.  The relatively fast accumulation of sediments allowed for the preservation of footprints, trackways, and in very few cases bones.

But footprints and trackways are only preserved under special conditions.  When the mud is too wet the footprint is formed but quickly fills in (mud collapse).  If anything is preserved it's thin and most likely deformed.  If the mud is too dry the track is faint and barely detectable.  However, not only does the mud have to be the proper consistency, a layer of biofilm (algae - also referred to as biolamination) has to be present or the foot of the dinosaur would not have cleanly separated from the mud.  A muddy foot does not leave distinguishable tracks.  But under the proper conditions a print would have been formed, then the following events have to take place to preserve it.  The mud has to dry out then the footprint has to be filled in by the accumulating sediments.  Given enough time and pressure (from the weight of sediments or basalt above) the rock lithicates and the sediments solidify.  When the rock is split a natural imprint (impression, negative relief, or mold) on the bottom layer and a natural cast (positive relief) from the top layer of sediments is revealed.

It is my belief (and I might be wrong) that without the biolamination the rock will not cleanly separate if the sediments below and above the track layer are too similar.  Sometimes the footprint is so well preserved that the scales of the foot are easily seen.  Some dinosaurs were also heavy enough to deform layers of sediment below the surface; such impressions are called "undertracks" or "ghost prints" because they reside under the original track layer.  Although it seems that very specific conditions must be met in order for a print to be conserved, one most consider the number of prints one creature could have created during its lifetime.  In fact most prints are found in a few strata (layers) within the almost 7 km of sediments deposited over 30 million years.  It's very common to find a productive layer (strata) containing prints because only at that time were the conditions right to preserve prints.  Interestingly is the large slab of prints housed by the Rutgers Geology Museum where the same species left many prints but they differ in the depth of the print.  Perhaps they were left by the same creature but at days or weeks apart as the mud was drying out.


Back to the main page - Vertebrate Ichnology

Back to the fossil homepage - J & H PaleoScience